Strike the harp and join the chorus

Even now I love a DIY project. A large part of my retirement has been taken up with projects of various sorts. I get into a zone when I engage in a plumbing, electrical, decorating or gardening project. This interest began when I was quite young and was encouraged by my uncle the farmer and by my father and mother, especially my father who was not too handy himself.

I cannot quite remember what age I was when I decided to renovate the large sideboard in the dining room. I cannot have been more than thirteen or fourteen. It was about ten days before Christmas which was important in our house; my mother loved it. Our house was transformed with strings of tinsel and lametta strung across the ceiling of the dining room, the living room and the hall. A large tree was barely recognisable as green under all the decorations. The crib had a central place in the living room and my mother’s religious fervour ensured that it was tastefully arranged with the best of human and animal figures.

Renovating the side board meant stripping the old varnish, sanding it down and applying a new coat. I was very pleased with the result and with myself. My mother praised my efforts, so I volunteered to do the same to the glass case, a smaller job with little wood. That too turned out to be not so bad to my young eyes. Armed with this second success and my mother’s praise, I then took on a larger project. Like many households at the time, improvements were carried out over a number of years due to lack of funds and so our dining and living room floors were covered with thin hardboard sheets, the shiny side up. At this stage they were well worn, mainly due to us children playing numerous games of all sorts. I put my eye on the dining room floor. This would be the pinnacle of my achievements in the renovation business. What did my mother think?  I have no idea but I wasn’t halted in my enthusiasm. It was now a few days before Christmas.

I set about my task. Furniture was removed from the room and put into all available spaces in other rooms. I started on the far corner and worked my way to the door. I finished with great pride and called my mother who was very impressed. From a dull brown floor of hardboard sheets, we now had a clean shiny varnished floor that looked the business. This would add to Christmas in no small way.

The next morning I got up and went straight to review my work and renew my pleasure. It looked every bit as good. However it was not dry and we decided to wait another day to walk on it. We went about our business and the following morning went to inspect the floor. Still sticky. I tiptoed around the edges and managed to open the windows to let in the cold damp winter air. Wait another day was the decision.

Christmas was nearly upon us and so on the third morning when there was no sign of the stickiness problem being solved emergency measures had to be taken. My mother needed access to the room. The Christmas decorations had to go up but most importantly so had the tree.  I had a brainwave. My father had a large collection of newspapers which I thought would help my mother get access if I spread them on the floor. To this day I don’t know why she agreed to this.

The newspapers were spread and we felt free to walk around the room. The next day I thought that surely the problem would be solved, the floor would have dried and we would take up the newspapers. Alas it was not to be and they were stuck fast. My job was ruined. I went at the newspapers and tried my best to pull them off the floor. However, what was now left was a mishmash of uneven, torn, ragged newspaper discoloured at the edges by brown varnish. I gave up. My beautifully shiny varnished floor was now a mixture of torn stuck flattened newspaper with patches of bright varnished floor in between. A total disaster!

My mother tried hard to hide her disappointment but it must have been hard for her to contemplate heading into Christmas faced with this mess. Some time in the following months he floor was covered with new carpet which we could not stop admiring. But now I think – maybe my mother would have had to wait much longer for a carpet if my efforts in DIY that Christmas had not been such a total failure.

This story is the unvarnished truth. 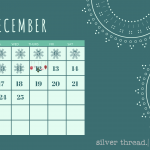 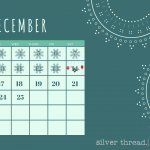 May your days be merry and brightChristmas stories