On the fourth day of Christmas, we hear about snow – even though that particular snow blizzard happened in February, in Charlestown, County Mayo.

I was born the year of the snow. That time is of interest to me, so I have collected stories from people in the locality, their memories, what it was like to live through the blizzard.

Above in Killgariff, a man by the name of John Martin gave me his story: when the blizzard came, he was twelve years of age. The day before the blizzard came,  a seagull landed on the window, and his father said to them “well, no good will come of that”, and sure enough they got up the next morning and through the keyhole the snow had come in as a fine dust, the keyholes were big, and all across to where they were sitting there was a beam of snow – and outside the house it was right up to the roof. These were thatched houses, they all had a back door so they could get out.

The snow had come around 26th February, in the village of Kilgariff during that snow a man by the name of McNulty had died. Some of the men went from Kilgariff and walked down to Charlestown into Mulligan’s – Luke Mulligan was the undertaker here at the that’s how they carried the coffin up.

After that, there was a wake in the house; that’s where my people come to the story, notably an uncle and an aunt of mine. I suppose my grandparents were there, at the corpse house, when my aunt caused a sensation. She went over to the wake wearing trousers, which you never saw a woman wearing, so she was the talk of the town.

When they had to bring McNulty to the church, they had to go across the field and they kept sliding the coffin all the way down to Bushfield church. Later, they couldn’t bury him, because they couldn’t find the grave in the snow. It is said that people were buried in different graves, or they couldn’t dig the ground because it was so frozen.

That’s a story of the snow, one of many I could keep telling you. 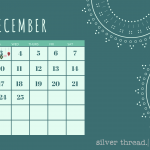 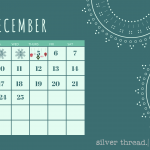 Without bells and mistletoe or the tinsel’s silver glowChristmas stories, Memoir, What Next