Santa and his sleigh

When I was a little girl, the weeks leading up to Christmas were magical. The FDH Stores, the biggest shop in our one-street town always had a wonderful display of toys in their big window. There were dolls of every shape and size, trains whizzing under bridges and out of tunnels, teddy-bears and marvellous puzzles and games. Patsy and I would stand with our noses pressed against the glass, pointing out marvels to each other.

The year that both Patsy and I were seven years old, news went round that Santa himself was coming to Lisnaskea! Was he coming by sleigh? No, by train! The train would steam and puff its way into the station at the end of the town. Tommy Mc Ginley would be there waiting for Santa. His sleigh would be unloaded from the goods van with Santa on board. The sleigh would be hoisted on to Tommy’s flatbed cart and Santa would come up through the town to the FDH Stores, where he would take up residence until Christmas Eve. He would have to leave then to go and deliver toys to the boys and girls all over the world, who had been good throughout the year.

The first Saturday in December saw a crowd of children and parents waiting outside the railway station. We were all very excited. At last the big corrugated iron gate opened and Santa appeared atop Tommy’s cart. He was seated on a beautiful red sleigh and had a huge sack behind him. We all fell in behind the cart and clutching our mothers’ or fathers’ hands, ran after the sleigh. Santa threw sweets and lollipops out for us to catch all the way up the town. The back gate of the FDH Stores closed behind the sleigh and we all formed a queue to visit Santa. It stretched right through the shop and down the street. I was so excited, I found it almost impossible to wait my turn. My mother had to try to calm me down with stories and singing Christmas songs. Eventually we were right beside Santa on his big red chair that was like a throne. He beckoned me to come and sit on his knee and I got such a fright to be up close to him with his big red nose and huge bushy white beard that I burst into tears and would not go near him. My mother took my present from Santa and we humbly made our way out of the shop.

When we arrived home, I was thrilled to discover that there was a beautiful tin toy inside my bag. There were four brightly coloured hens in a row on a green base. When I wound up the key on the back of the toy the four hens started to move their heads quickly up and down as if they were pecking for food. I thought it was the best toy in the world.

Christmas Eve in our house was even better than in Patsy’s house. Our Santa arrived early on Christmas Eve, about seven o’clock in the evening! From six o’clock on my Dad would send me up the three flights of stairs to my bedroom to check if Santa had come. It was usually on about my fourth trip up that I would find my bed covered in presents and my sock full of sweets and oranges. I remember getting a little rocking chair that played an important role in many make-believe games with Patsy. A beautiful tartan dress was another never-to-be forgotten gift. I can distinctly remember getting a gorgeous wooden pencil case with a blue and white pencil in it and a yellow rubber. I recall holding the rubber in my hand and saying to myself, “The last person to touch this rubber was Santa” and feeling overcome with the wonder of it all.

The next year, when I was eight, was the year our Parish Priest, Canon Donnelly, in his wisdom, decided to announce from the pulpit on the First Sunday of Advent that Christian parents should not spoil the Christmas season by telling lies to their children. Christmas celebrated the coming of the Christ child, not Santa Claus.

My mother obeyed.  I was inconsolable. That Christmas I got very nice presents, but the magic was gone. 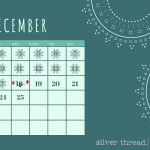 Here were are as in olden days, happy golden days of yoreChristmas stories, Memoir 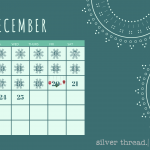 Dolls that will talk and will go for a walkChristmas stories