Here were are as in olden days, happy golden days of yore

My Mam trained as a Domestic Science Teacher, but shelved her teaching career when she married my Dad, a farmer.  However, she didn’t hang up her apron on becoming a farmer’s wife.  Instead, her culinary and baking skills were transferred to the farm kitchen, with both family and farmhands enjoying Michelin star cuisine every single day of the year.  Her specialty was afternoon tea, when the men would down tools at three p.m. drawn in by the wafts of baking emanating from the kitchen.  They sat down to servings of the most delicious scones, apple tarts, cakes, pastry horns and many more delectable delights. Fancy cookbooks did not adorn our shelves.  If she was ever unsure of quantities, she referred to a large hardback manuscript, which was her bible compiled throughout her four years training.

The Aga cooker was the workhorse of our kitchen.  The cursed Aga cooker.  It was the life source of our farm, but when it took a vagary, it could be a beast.   It kept the house warm, saw to all the needs of preparing food for animals and humans and it even became an incubator for newborn abandoned Iambs or pigs when life needed to be breathed back into them on a cold wet winter’s night. The baby animal was placed in a cardboard box on a bed of straw and placed in the coolest oven with the door left open.  By morning, a bright little lamb or piglet would stagger around the kitchen bleating or squealing for attention.  We children were always thrilled with the A & E aspect of our kitchen, with the animal invariably becoming a pet.  The cast iron cooker spanned one wall of the kitchen.  It had two very large plates on top, one hot for boiling pots and the other for simmering and a metal plate to the side, which was used for keeping things warm and even aired all our clothes. There were four large ovens ranging from very hot to barely warm.  It was powered by anthracite twice a day to keep it going 24 hours, even in summer.  The hot ashes were perilously taken across the kitchen and dumped out on the laneway, where it filed potholes.  The large heavy and slender coal bucket was hoisted to the hotplate, where the bung was removed to allow the coals to enter and then everything was cleaned off with a wire brush.  Windows and doors were left open to allow the fumes of the anthracite to escape. It was, however, the bane of my mother’s life as it huffed and puffed depending on the draw up the chimney and the quality of the anthracite. It was either blazing hot or stone cold.  Lighting it again took huge effort.  It was under such conditions that Mam prepared for Christmas.  Rich fruit cakes were baked and puddings were steamed, fogging up the windows for hours on end to our delight as we drew pictures on the panes of glass.

When the temperature gauge indicated that this was going to be a ‘good’ oven day, she busied herself with the Christmas cake, without a weighing scales or an electric mixer in sight. All the senses were used to determine the mix and the end result. Firstly, the butter and sugar was placed in a large earthenware bowl and placed on the cool plate to soften, while she attended to other farm chores.  My brothers and I knelt around the table watching the performance.  With the strength of an ox she beat the mixture with a wooden spoon until it was fluffy and creamy.  Sometimes I helped her with this chore, but quickly abandoned it, as I didn’t have the patience to bring it to the correct texture. Adding the eggs and flour and finally all the fruit that had been carefully prepared, she put it in a tin that was lined with greaseproof paper on the inside and brown paper on the outside to prevent the outer rims of the cake burning.  It was  popped in one of the cooler ovens for about four hours. Then we fought over who would get the ‘lick’. The flavor of the uncooked mixture was delightful giving us the taste and the promise of what was to come.  Mam wrapped a piece of string or twine around her finger to remind her to check on the progress of the cake. The aromas of cinnamon, nutmeg and ginger built up over the hours and the cake was done when one ‘smelled’ it.  I loved the way she baked by instinct.  I particularly loved her lemon sultana pudding, which she steamed the day before Christmas.  This easy and light pudding served with custard and cream was unrivalled in my view and the recipe is below, should you like to try it.

This year, after 93 years, Mam will be eating a slice of the REAL Christmas cake in Heaven. May she rest in peace.

Take margarine and grate it or melt it.  Mix in everything else.  Place in a greased pudding bowl and steam for 1½ hours.

You can multiply the ingredients for a larger pudding  – just the flour, margarine, sugar and breadcrumbs. 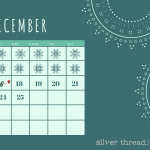 Tiny tots with their eyes all aglowChristmas stories 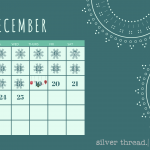 It’s beginning to look a lot like ChristmasChristmas stories