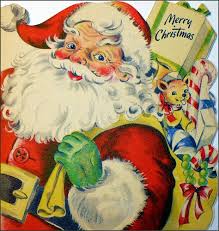 These days I love to cook, but it wasn’t always so. Coming as I did towards the end of the family I managed to avoid any cooking lessons at home as there were two older sisters to cope and my eldest brother was a chef so there was no need for me to learn.

However, once I married it seemed that cooking was part of the package. To begin with we didn’t even have a cooker so my husband cooked for us on two primus stoves in our utility room. This went on for a couple of weeks and led to a very limited menu. Finally, we decided we needed a cooker and so we scraped together the money to acquire a second hand one of dubious vintage.

Building on my father’s belief that if you could find a book on a subject you could do anything I embarked on my cooking career and gradually learned to do a few basics. Coming up to our first Christmas as a married couple we decided we would cook Christmas dinner at home. I had no appreciation at all of what an undertaking that might be. Knowing little or nothing of the practicalities of Christmas I ordered a whole ham. My mother always ordered a whole ham, she was cooking for between 8 and 10 people but it never occurred to me to order less. On the day before Christmas Eve I went to collect the ham. The price left me speechless and the size left me looking for help to haul it home. When I got home I realised I didn’t have a pot big enough to hold the ham. This was before the days of late night openings so I left the ham soaking in the sink and the following morning we went into town together to buy a large pot. Another unexpected outlay of money and we had a large pot. Once we got the pot home I put the ham on to cook.  Such was my inexperience it never dawned on me to find out the weight of the ham and work out the length of time it might need cooking. One of my memories of Christmas Eve was the smell of the ham cooking on the stove and it seemed that it went on all day so I just left the ham cooking and continued with other preparations. Our new house did fill with the smells and sights of Christmas. We had a small Christmas tree, lights and I managed to make some reasonably shaped mince pies. The smell of the ham wafted through the house.

I don’t know how long I actually cooked the ham but I know it was dark when I checked. I lifted the lid and peered through the steam inside. The ham seemed to have shrunk in size and there were dozens of strands of meat floating in the water. I dropped the lid and the sound of that brought my husband into the kitchen – we looked in together – “I think it’s done”, he said. “It might be a bit over done”. I dissolved into tears – what were we to do?  Even if the shops were open we didn’t have enough money to buy more. “It’ll be grand”, said Frank, “no one will notice”. In this case I knew grand wouldn’t cut it, I had no idea what to do or how to do it.

The door bell rang, I knew it would be my younger brother Peter, he had promised to get the bus out to us when he finished work. I met him at the door tears streaming down my face. “I’ve ruined the ham”, I said, “it’s in bits in the pot”. As I mentioned earlier my eldest brother was a chef, it so happened Peter had also gone down the cooking route and he was in his final year as an apprentice chef. He strolled into the kitchen lifted the lid and looked in. “Oh”, he said, “well done, you’ve cooked ham straws”. Ham straws?  I had never heard of ham straws.

Peter was cool, calm and collected in the middle of the steam filled kitchen. He looked around for a colander, he poured the ham into the colander and then lifted the strands of meat onto a board. Taking a knife and handing me another one he began to cut the strands into equal lengths. “Right” he said, “cut six strands of equal length and then find a long one. I had no idea what he was doing but was willing to put my faith in him and in miracles. In a short time we had a huge pile of ham strands, and a smaller pile of long strands. Peter gathered up  6 strands and then using the longer one tied the strands in a bundle. Gradually we filled a plate with these ham bundles, a few sprigs of parsley and the job was done. “Ham straws” he said. I was speechless. He smiled, “As my head chef says, you know you are a real chef when you can take a disaster and make something edible”. A cup of tea for me and beer for the lads, a plate of ham straws and suddenly the disaster didn’t seem so bad. Throughout that Christmas when people asked me how I made them I mumbled something about an old family recipe. I’ve never cooked ham straws since though I have, occasionally, followed the chef’s lesson and made something edible from a disaster.