Bring us some figgy pudding

“It’s the Little Things That Knock Us Sideways”

So there I was, rummaging “The Drawer that Stores Everything”; you know the one, bet you’ve got one too; when a folded single page of a school copybook caught my eye.

It was a recipe for Mock Almond Icing, carefully written in fountain pen in my mother’s neat handwriting.  How lovely and how sad!  I could feel her presence in that moment.  It knocked me sideways.

The use of the word mock was telling.

Today we would have simply called it a quick and easy way to make Almond Icing; we would gleefully embrace a method to free up precious time to undertake more important tasks – like reading to our grandchildren.

But not Mum.  She was old school.  Everything had to be done to perfection. The work “Mock” turned it into a guilty secret. She was taking a short-cut; she was less than worthy.

Mock suggested fake, that it was unauthorised, it was rule-breaking, to be frowned upon by diehard do-it-the-hard-way bakers.  Mrs Beeton would have  been horrified!

Did it make her annual Christmas cake less than worthy of the annual feast?

Everything else prepared for the Christmas feast was done the hard way.

A large, still partially-feathered bird was collected from the butcher 2 days before Christmas.  It hung in the coldest part of our home, the garage.  It cut a sinister shape hanging by its feet, with a bloodied neck and staring eyes, head gently swinging from the draught under the garage door.

Every inch of this carcass would be used to create the most nourishing Christmas dinner.

Early morning Christmas Eve witnessed our kitchen being turned into an abattoir; worktop covered with newspapers, sharp knives at the ready… but that ritual is a story for another day.

Back to the “mock” Almond icing; it seemed that the fact that she had three children to knit, sew, cook, wash and iron for, was not enough reason to take her Christmas baking less than seriously and, shock, horror, engage in shortcuts.

There wasn’t a scintilla of artificiality about any of the ingredients.  They were fresh and wholesome.  Semolina, granulated sugar, margarine, almond essence and exactly two tablespoons of water combined carefully together,  would look, taste and feel like the real deal.

My own Christmas baking days came to a halt some years ago.  It was a light-bulb moment when I realised that there was actually no Statute on the books that dictated that every woman in the country simply HAD to bake at least one Christmas cake, duly Almond-iced and further slathered with white and pink icing that got harder and harder as Christmas became a memory and the cake became too rich for our January diet.  In the coldest of November days all kitchen windows had to be flung wide open,  as we boiled and boiled those pesky puddings for hours on end, until the advent of a pressure cooker saved the day.

Oh, the freedom from such tyranny when I had the courage to call a halt!

And nobody really noticed, that’s the funny part of it.

I don’t fake it each Christmas.  I loudly declare that my pudding is from Super Value (formerly Superquin) or latterly from Aldi.  Doused with brandy butter (from a jar these days), fresh cream and/or ice cream, it is enjoyed by all. 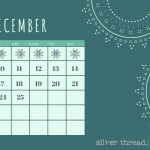 A star, a star, dancing in the nightChristmas stories, Memoir 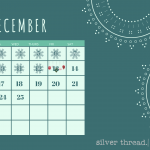 Strike the harp and join the chorusChristmas stories, Memoir