And wild and sweet the words repeat, of peace on earth, good will to men.

I was the only Roman Catholic amongst our overlapping circles of friends, so I was always expected to host the Christmas day festivities. Christians are a small minority in Israel, where Christmas is not a national holiday; it is a normal working day for the vast majority of people, which meant that you had to work quite hard to create a suitably festive atmosphere in what was essentially a little oasis of celebration.

This year was to be very special – my mother was coming to be present for the birth of our first child, expected in mid January. My father hated travelling but, in the spirit of Christmas, he decided she should travel well ahead of time and enjoy a very different Christmas with us while he celebrated at home with my siblings. Mum was a deeply religious person and was so excited at the possibility of spending Christmas in the Holy Land.

The first aspect of our celebrations was to get into Christmas mood. The old city of Jerusalem is divided into four quarters –Jewish, Christian, Armenian and Muslim. In the days leading up to Christmas, we spent many hours in the Christian quarter. There are many different denominations of Christians living and working in the quarter, some of whom would be celebrating the holiday at a later date, due to differing calendars, but that essentially meant the festive season just lasted longer. The winding streets of the quarter were decorated, the shops full of Christmas goods while children chased around in excitement. It was magic. My mother must have visited every type of church in the area with, of course, the Church of the Holy Sepulchre as the highlight. We enjoyed a Muslim version of a Christmas dinner in the famous Abu Shukri Cafe. Its plastic chairs and table cloths belie the reality that this cafe, under the benign gaze of Abu Shukri himself, serves what is the best humous and felafel in the Middle East. Despite the everyday difficulties of occupation, the inhabitants of the Christian and Muslim quarters loved the festive season as it meant a large increase in the numbers of tourists to the old city – a badly needed boost to their struggling economy.

As for decorations, that was fairly easy. A few years before, I had bought a lovely handmade olive wood crib from Bethlehem and, over the years, had added more figures: camels, donkeys, sheep, some clay storage jars and little dark blue Hebron glass bowls with Gold, Frankincense and Myrrh. A reconnaissance party was needed to find a suitable pine tree in the local area from which we could break off a few branches!

The next preoccupation was with the food. We were expecting 14 people for a traditional turkey and ham meal and we had no oven – only a two and half gas ring, which meant we could only provide some vegetables and the pudding that my mother had brought with her. Then, there was the problem of dietary rules. The ‘family’ would consist of several secular Jews who worked with me in the Respiratory Intensive Care Unit at the Hadassah Hospital, and who posed no dietary challenges. There were two observant Jews who kept kosher visiting from London. Two fellow students of my husband were also coming, who again had no dietary restrictions. There were a couple of Muslims who also worked in Hadassah, who were somewhat observant, but could be sure to observe Halal rules, and then European friends (Dutch, Norwegian and Finnish) and an Aussie, of whose religious status or otherwise we were unaware, but who did not seem to follow any religious prohibitions when it came to food.

So, what to eat while observing the different limitations? The first decision was to dump the ham as it was maybe a step too far for our Muslim and observant Jewish guests. However, Anita, who was originally American and who kept her own kitchen kosher so her religious friends could dine with her, demanded that we have the traditional bacon cooked on the turkey breast. A compromise was that she would provide a kosher turkey, cooked in her kosher kitchen while one of the other secular Jews would cook bacon and cocktail sausages for those of us who had no dietary limitations. We felt that these could be served more discreetly than a large ham. Another guest, with strict instructions from me, agreed to roast potatoes. Others offered to provide the two essentials of all get-togethers in Israel and Palestine – fruit and nuts.

I had often spent Christmas Eve in Bethlehem but had never managed to get into the church for mass; usually we would all gather in the aptly named Manger Square to celebrate in a rather more secular fashion, with alcohol, dancing and the occasional carol. This year, for my mother, we decided to get there early enough to try to get places for the midnight mass in the Roman Catholic St Catherine’s Church. It stands to the side of the ancient Nativity Church which is in the charge of Greek and Armenian Orthodox Christians. We headed out quite early, had some food in one of the local cafes, and then took turns queueing outside the church while the others would wander around imbibing the atmosphere, listening to choirs and chatting to the many nationalities filling the square. It was a beautiful night, cold, crisp and with a bright shining, almost full, moon; it did not take much imagination to imagine the arrival of the strangers from Nazareth to this place two millennia ago. To my mother’s great joy, we managed to get into the church and she always said that Christmas Eve mass in St Catherine’s church was one of the high points of her life.

The next morning, after exchanging gifts, we set to trying to make space for 17 people for a sit-down meal in our not terribly spacious sitting room! Our guests were to arrive for 3 pm, but some came earlier to join in the fun. What still amazes me is that, despite the fact that the disparate elements of the meal were being prepared in different parts of Jerusalem, they all managed to arrive within a few minutes of each other and we all sat down to a hot meal. After the initial amazement of our ‘local’ guests that we were going to eat a pudding that was several months old, they all enjoyed the ritual of burning the pudding and eating it, some surreptitiously breaking dietary laws to do so.

The celebrations carried on for some hours as people drank local wines, beers, fruit juices, teas or coffee, picked at nuts, fruits and other titbits while some tried my excellent Irish coffees – again and again! I can remember sitting there watching my Palestinian, Israeli and other friends, people of various religious creeds and none, people of incredibly different backgrounds and experiences, all sitting there enjoying our Christian holiday, eating, laughing, telling stories, singing the occasional song and just being together, differences put firmly aside. As I sat there, in some discomfort due to my advanced pregnancy, I found myself thinking of my baby and hoping this would be how he or she would experience life. A life where people treasure their own heritage and culture but also celebrate their differences, appreciating the richness of other traditions and beliefs. To me this occasion also reflected the true meaning of Christmas – welcoming to your home a group of people of many religious persuasions, and none, many of them strangers to each other, enabling them to enjoy themselves and each other. 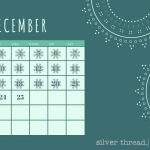